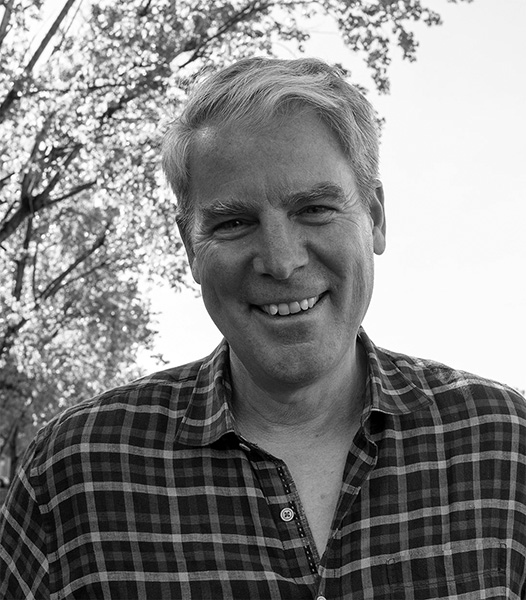 Born in San Francisco, 1960, I grew up in Martinez, California, and have settled in Oakland. I’ve engaged creatively as a writer and photographer since my mid-teens. Visually and verbally, I’m ambidextrous, though, oddly, I hardly ever overlap the two.

Photography allows me to make visual art. My content is human character. And, within that, I tend toward lightly humorous, slightly ambiguous, distinctly empathetic, un-posed “telling moments”—with a style and philosophy influenced by mid-20th century photojournalism. I work strictly in black-and-white, almost always self-directed, and never for income. I photograph on vacation, but I don’t take “vacation” photos; I photograph family gatherings, but almost never make “family” photos; I photograph at events, but I rarely act as an “event photographer.” I don’t enjoy that sort of utilitarian camerawork. Instead, I prefer to select individual images from the accumulation that can stand apart from their particular event or topic, and act as an individual work that captures its own particular moment, emotion, or mood.

In 2008, I published through Oakland House Press a monograph of such images, spanning thirty years of my accumulation, from 1977–2007. Titled Relationships, the 137 images were selected to fit that theme. But, in truth, most of my images fit that theme. For three years, 2009–2012, I was the resident photographer for the Oakland Museum of California, documenting behind the scenes. And so … despite all I’ve just stated, that assignment resulted in my first and (thus far) only museum show, which was in color, topical, and part of a subject-based collection! (However, I did maintain my “not for income” mode of working.) Aside from that “museum show” aberration, every year I present my work, solo, November through January, at the humble Rockridge Barbershop, hanging seven framed prints on a verbal theme (e.g.: “Under Cover” for 2017–2018). It isn’t prestigious, but it’s a nice space, and a good challenge, and proprietor Marty Hatton is a smart viewer.

Writing has had a longer and more formal gestation for me. I began thinking of myself as a writer in elementary school; took words very seriously in high school; became a creative writing major for a bachelor’s degree at San Francisco State; worked for a spell as an advertising copywriter; rigorously shaped my narrative technique as a graduate student in American History; emphasized essay writing as a community college history instructor; found a voice as a magazine columnist; edited the work of others; and read, observed, and wrote, finding myself in middle adulthood, finally writing novels. As with photography, writing is a means for me to capture moments of humanity on the page.

In both mediums, my strength is in catching character and dialogue. “Relationships” could easily be the title of any of my work, whether pictures or words.

My first novel was Among the Fourth Graders. It came out in 2013, also via Oakland House Press. Fundamentally a memoir—which was drawn from my six years as a volunteer classroom assistant at two Bay Area elementary schools—I creatively re-assembled characters and events, and shaped it into a non-fiction novel. It was exactly what I needed for a first novel. Writing in narrative/dialogue form, with drama and character arcs, plots and sub-plots, was something I just knew I’d be good at, it was simply the coming up with the story that kept me from accomplishing that first book-length narrative. And I didn’t want to write a roman à clef, thinly disguising myself as a character. Rather, the narrator is me, “Terry Carroll,” and all the events are fundamentally true; however, I have disguised everyone else, to allow for their privacy, and have created a fictionalized version of what really happened. Prior to writing this story, I felt at a loss as to how to come up with everything that is a novel, from scratch. I needed a “live model” for my first presentation.

And that led me to my second. In late 2015 (and, more recently, with a revised 2021 edition), I published Mary Jorjorian in Love, Part One, again via Oakland House Press, and it, also, is a “non-fiction novel.” Its story isn’t something I experienced but, rather, one I found. It takes place in March 1921 among a group of young-adult Armenian immigrants living in Florida, who are trying to capture the expanding prosperity as tailors and rug specialists—and as refugees—while maybe not fully anticipating the more pressing matters of the heart that suddenly arise. It is based on the actual romantic drama that transpired between my wife’s maternal grandparents before their engagement, and which existed only in fragments of a diary and in letters, photos, and other contemporaneous artifacts of that period. I became captivated by young Mary Jorjorian, whom I’d never met, and whom no one alive had known in that state of vivaciousness. (The actual Mary Jorjorian became a badly damaged middle-aged and elderly woman, suffering from mental illness, which was the only version any living relatives knew.) The twenty-year-old Mary of the spring of 1921 provided me with her character and situation, several additional characters, several details, a neat beginning, middle, and end,  and alluring gaps throughout all of it. My challenge was to transform her all-too-brief diary entries, etc., into a living, breathing, swooning, and heart-breaking short novel that takes place over a five week period. And (with the 2021 edition) I’m very happy with the results!

Now I merely have Mary Jorjorian in Love … Parts Two through Five yet to do!

Part Two is currently (Spring 2021), about two-thirds drafted. But I take a long time with my composing and, especially, my revising. Nevertheless, I had intentionally shaped Part One into a self-contained short novel, just in case I could not, for whatever reason, continue with parts Two through Five. The successive volumes will be published as individual short novels, but they won’t be self-contained. The entire saga takes place in five different geographic locations, with multiple sets of characters, changing situations, and many sub-plots—all densely packed into a single, short era: from the Spring of 1921 to the Spring of 1924. Given my pace of writing … and re-writing—and the fact that I’m currently 61-years-old—this might actually be a life-long assignment. … Which I’m frankly happy with. Again, as with my photography, writing—and this Mary Jorjorian series of novels in particular—isn’t an income-generating endeavor for me. I’m doing it for the personal satisfaction of engaging in visual or verbal activity that results in work that gratifies my personal standards and interests. In turn, I believe, the end results have thus far been quite good … just not well distributed, consumed, and publicly noted. Oh, well.

More importantly, I am happily married, with no children, several nieces and nephews, and a comfortable home, in good health, happy with most of my choices, and enjoying a well-functioning life … however slow my art output or small my audience.